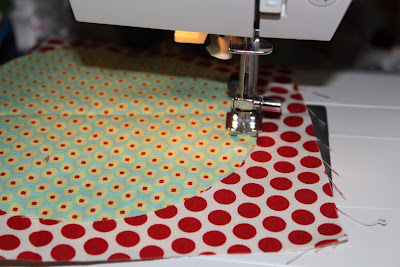 I was inspired by Allison at CluckCluckSew to make her Raw Edge Circle Quilt. This is my favourite pic of it in her son's room. It's colourful, fun and whimsical. I just don't make enough projects in bright primary colours!

It's a great tutorial but I must say I'm taking my time as I've been swapping some fabric to get it just right:) I sew a few circles here and there and so far I have 30 squares....18 more to go and then the fun of matching up the quarter circles begin.

I've just been in a sewing slump lately so hopefully I'll get my mojo back and post a bit more. Hope you're having a great weekend.
Posted by Jody at 8:29 PM 3 comments: 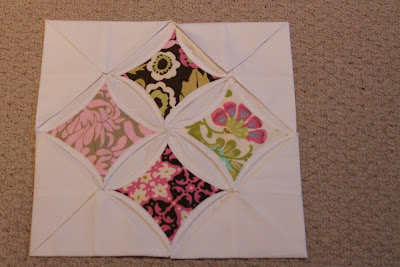 As part of my PTQB2, Sandy asked us to make up a cathedral window block. I know these blocks are really popular lately so I felt up to the challenge. All I can say is that it really is a challenge! It's easy enough but takes some time with finicky little bits...actually Sandy was smart in having us make up these blocks because if she had to do each one, it would take forever!!! Her fabric choices are really beautiful and I'm sure the quilt will be striking in the end! Sandy, all I can say is I really tried!
Posted by Jody at 8:56 AM 8 comments: 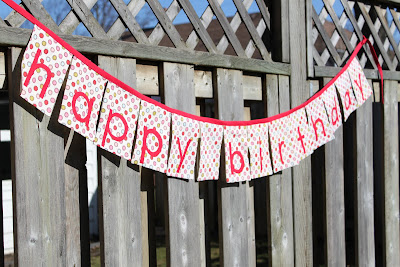 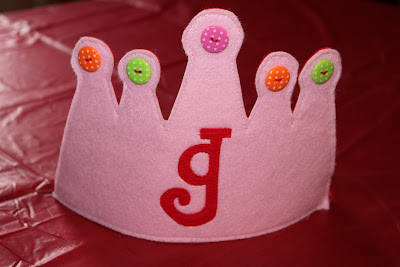 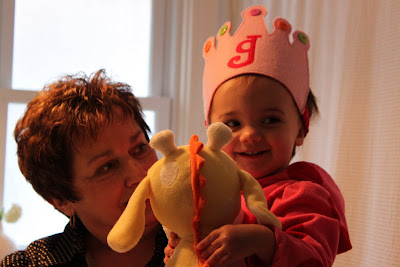 I've been a bit neglectful of the blog lately, so I thought I would post today and give you an update. Little Miss G has officially turned two! It really is hard to believe. We had a little family birthday party for her and the theme was Elmo of course because she just loves the little red guy. I actually made her cake (which I'm not sure I'll do again as I was up way too late decorating). I ended up scrapping the whole notion of decorating with a star tip (which is usually very easy but my icing had a mind of its own and like to melt) and ended up using the good 'ole spatula. Ah, the true look of a homemade cake:) At least that's what I tell myself! Well it really was worth it when I saw her face and she knew it was Elmo!!
Of course no birthday is complete without a birthday crown. You should check out SewSheSews.wordpress.com. I really love Jaime's tutorial - the only adjustment I made was the thickness of the back strap...I just made it thinner because Little Miss G is a wee one. It was really easy to make up and so cute.
Posted by Jody at 8:26 AM 1 comment: